A short film about Tipton will get a charity premiere at Tipton Library and Heritage Centre on Thursday 9th April, 2015 at 7pm.

Over the past few months filmmaker Geoff Broadway has been travelling around Tipton meeting local folk, collecting their stories and sharing their photographs. The result is a short film which celebrates the town, remembers the past and looks forward to the future. Geoff has worked on the film as part of the Unseen Sandwell project, celebrating the Jubilee Arts Archive 1974-94.

Tipton Library is pleased to announce the premier of the film, which will be launched by the Mayor of Sandwell, Cllr Derek Rowley. Tickets are £2 and include a glass of wine and some traditional Black Country refreshments. All monies raised will be going to BUDS (Better Understanding for Dementia). A limited edition dvd of the film will be available on the night.

Admission is by advance ticket only and places can be reserved by calling the library at 0121 557 1796. 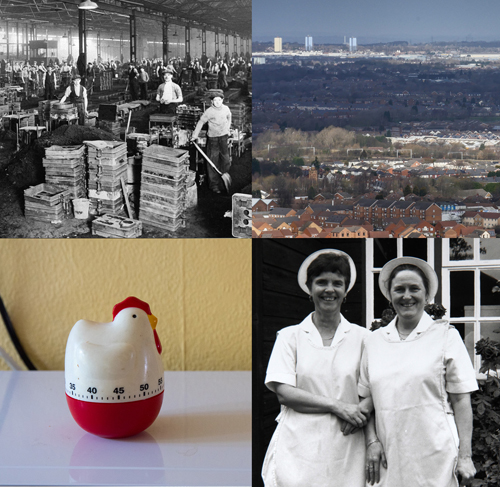 Geoff is also showing a new film work at Flatpack Festival – Between us: Birmingham Portraits is a spellbinding street-level view of the city’s people, Friday March 20th, 2015 @ 11:00 am – Saturday March 21st, 2015 @ 6:00 pm at Great Western Arcade, with an artist talk on Saturday at 4pm.