Geoff Broadway returns to Tipton with a new film work of local images and voices.

You are invited to the Tipton launch of ‘Where’s Our Spake Gone’.

The evening will see the premiere of the first of four new films that are being produced by Geoff for Sandwell Rights & Equality. He has been commissioned to combine elements from collections of recorded interviews, together with archive and contemporary photography and film. The first film focuses upon Tipton and captures both local voices and places, and explores many of well-known words that are part of the Black Country local dialect.

The event will also see the celebrated regional performer Billy Spakemon unveil his brand-new commission especially for the project. Billy’s alter ego, Brian Dakin, will then give a talk about the importance of the project from his perspective as a language expert at Aston University.

The third programmed event for the evening will be an audiovisual presentation of ‘A Black Country Nativity’ written by Michael Prescott. The photographer Kate Jackson and sound artist Alex Williams have been commissioned to creatively combine a range of readings of the story with a series of new images.

In addition, children from nearby Sacred Heart and St. Pauls Schools will also be showing some work they produced as part of the project with Brendan Jackson, who will be on hand to share the work the children have done. 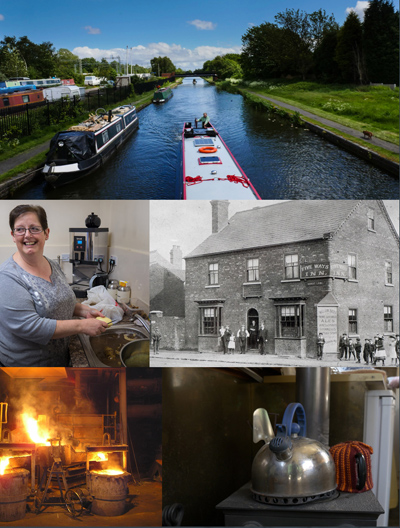