Alicja Rogalska has work on show at the mac Birmingham, as part of  The Hop Project tour, a video piece originally made in 2011. Untitled (Broniów Song) was a collaboration between Alicja and the Polish folk-group Broniowianki to make a ‘contemporary’ folk song looking at unemployment in rural Poland after entering the EU. Both the artist and folk group were interviewed, discussing politics of representation and providing contrasting views of the project. 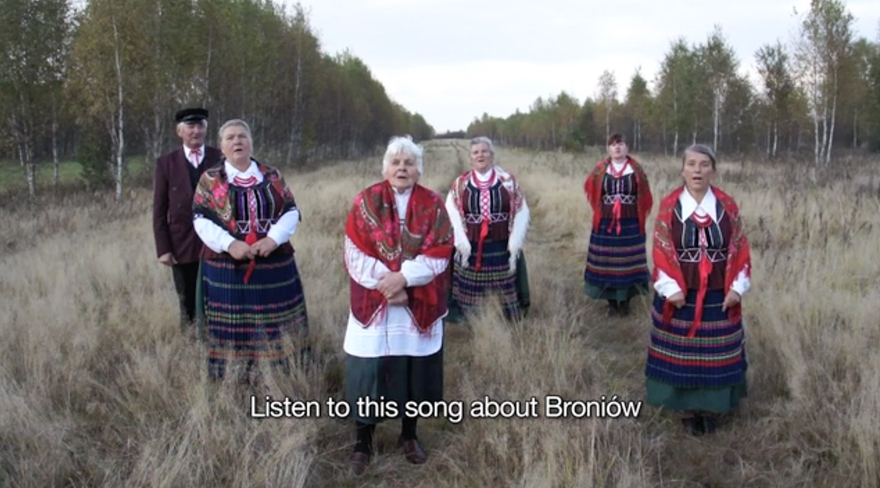 The Hop Project is a contemporary art project that has toured Herefordshire, Worcestershire, Birmingham and the Black Country in 2016/17. The project uses the historical migratory movements of hop-pickers as the conceptual basis for a touring exhibition.